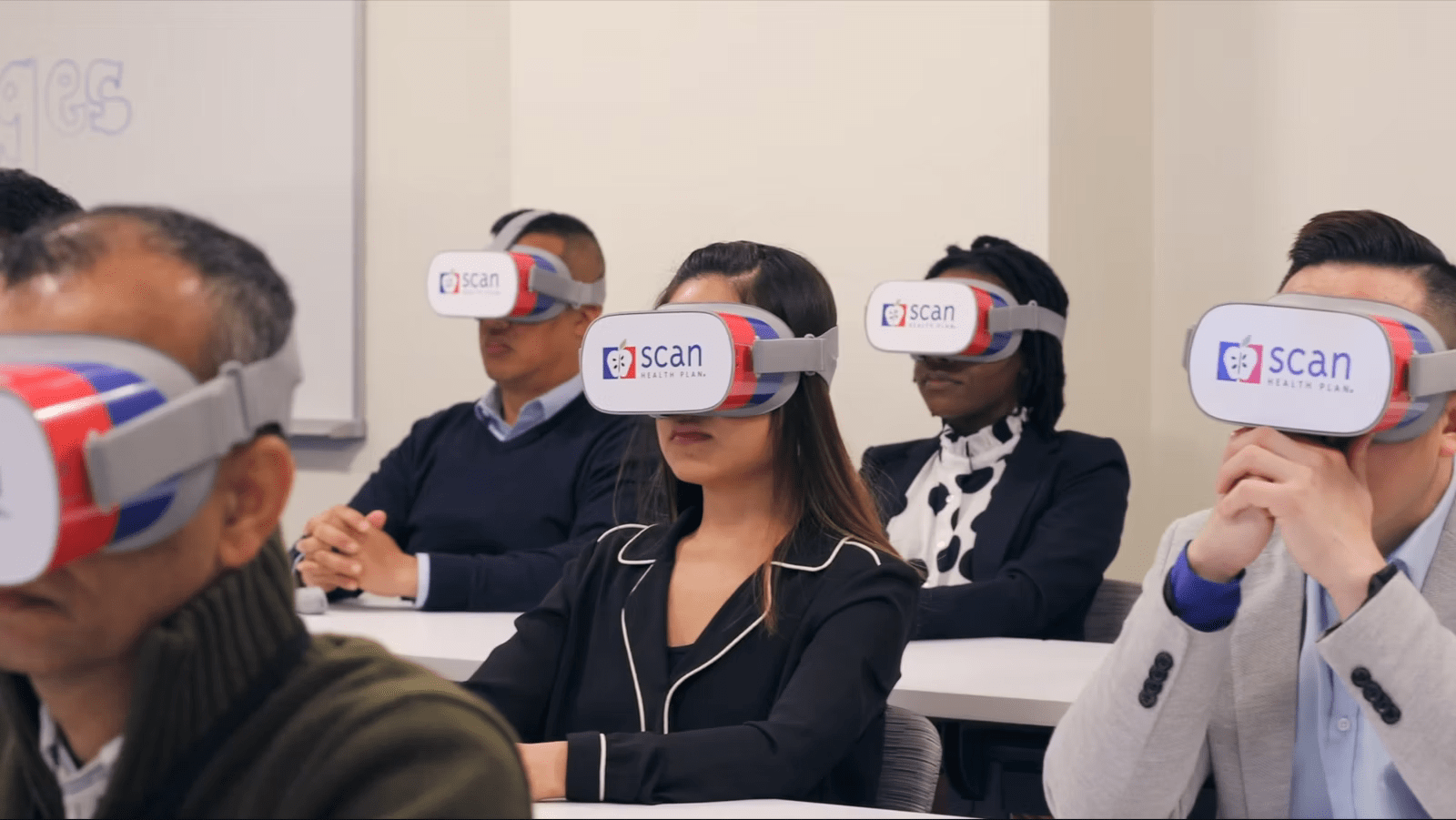 Trading Ages is a training program that was created by SCAN to help their employees better understand their aging members.

The current program used a combination of glasses, gloves and other physical devices to simulate disabilities. There was an opportunity to enhance the program and make it more immersive and impactful with virtual reality.

The goal was to enhance SCAN's empathy-building training program with virtual reality. Creating better empathy for seniors would improve their overall care for them. The idea was to create a virtual classroom of up to 25 headsets that are all synced with each other so the instructor could immerse the entire group at the same time.

We came up with 3 scenarios that would touch upon different visual, hearing , and cognitive impairments that come with age. By putting the participates into these 360º video environments, we could build empathy having them experience the situations first-hand.

The instructor needed to have insight on the connected headsets, as well as a way to play and pause certain videos. I designed the app that the instructor would use as a remote during training.

I took a mobile-first approach so the instructor could use a smartphone or tablet to control the devices.

I annotated the wireframes for the development team.

This was like no project that I have ever done before. So much more had to be thought through. Thankfully I was working with a great team. We ended up winning a Webby Award for 360-Video!

View Other Work
Get In Touch
© Sean Fournier